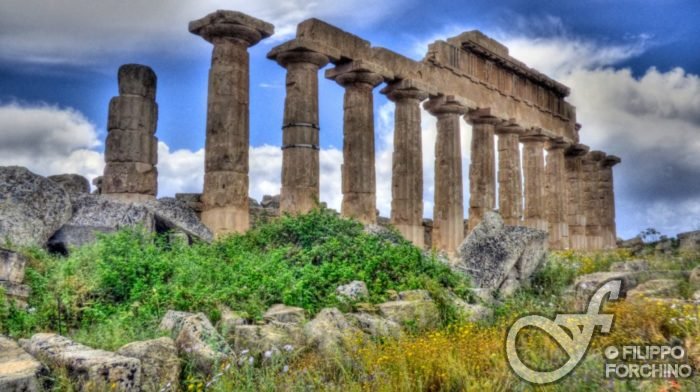 Western Sicily. This trip initially focused on Palermo and the surroundings, and then the area to the West, towards Trapani. The idea was to visit well a limited number of places, and we did. Palermo, the capital city of Sicilia, represents at the very best the mixture and stratification of different cultures that makes this island so intriguing. Phoenician, Arabic, Norman, Spanish, Borbonic and Italian at the same time, to me it looks like a ruthless magma of confusion and decadence among which pearls of exquisite sophistication emerge. Delicious street food, elegant cafes, churches of hyper-elaborate baroque interiors, monuments that.are the heritage of a glorious, opulent past. You could easily get lost among the hundred of mosaics of the Palatine Chapel and the Monreale Abbey. Unbelievably beautiful.

Erice is a medieval town built in a superb position on the top of the mountains facing the Trapanese coast. From there the aerial view spans 365 degrees, on the cliffs and bays to the north, on the salt fields laguna on the south-west, on the deserted hills of the inner land. Famous also for being home of one of the best Sicilian pastry shop and cafe, the little town is invaded by tourists, also if not too many spend the night there. Some spots, like the Venus Castle or the steepy scotch broom fields surrounding the town are pure magic. However my expectations on Erice were so high that I was probably a bit disappointed.

The Archaeological Parks of Segesta and Selinunte are places to wander and explore. They both cover large areas and ruins are scattered among flowers and bushes. Segesta has an acropolys with a fantastic theater (with a view) and an unfinished temple downhill. Selinunte has several temples but they were all destroyed, only one of them is reconstructed, for the others you’ve got to look at the scattered pieces of columns and use your imagination (well, there are 3D reconstructions on display on a few panels).

We couldn’t miss a quick visit of the coast, from Erice to San Vito Lo Capo and Scopello, but I’d like to come back and visit the cape by foot, it is a destination that is best enjoyed by trekking in the wilderness.